The Broadcast Tech Innovation Awards celebrate some of the most exceptional tech work produced in the broadcast industry in the past year and the outstanding individuals and teams behind it.

Warner Bros. De Lane Lea Colourist Asa Shoul took home the Award for his work on Devs (Hulu, BBC) with one of the judges saying it was some of the best work they’d ever seen in grade. Congratulations to Asa and his whole team on this fantastic achievement.

Broadcast Tech editor Jake Bickerton said: “The calibre and quality of work entered into this year’s awards was incredibly high, it made the judges job very difficult and winners should feel immensely proud, as they truly delivered some exceptional entries. It was an absolute pleasure immersing ourselves in the creative and technical achievements of the UK’s consistently impressive production, post-production and broadcast sectors. Congratulations to all the winners and we look forward to seeing next year’s innovations, when we return again for the third Broadcast Tech Innovation Awards, where hopefully we’ll all be able to celebrate as an industry together once more.” 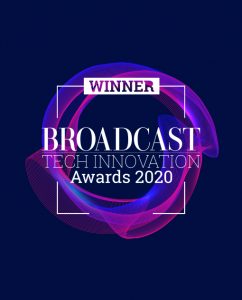