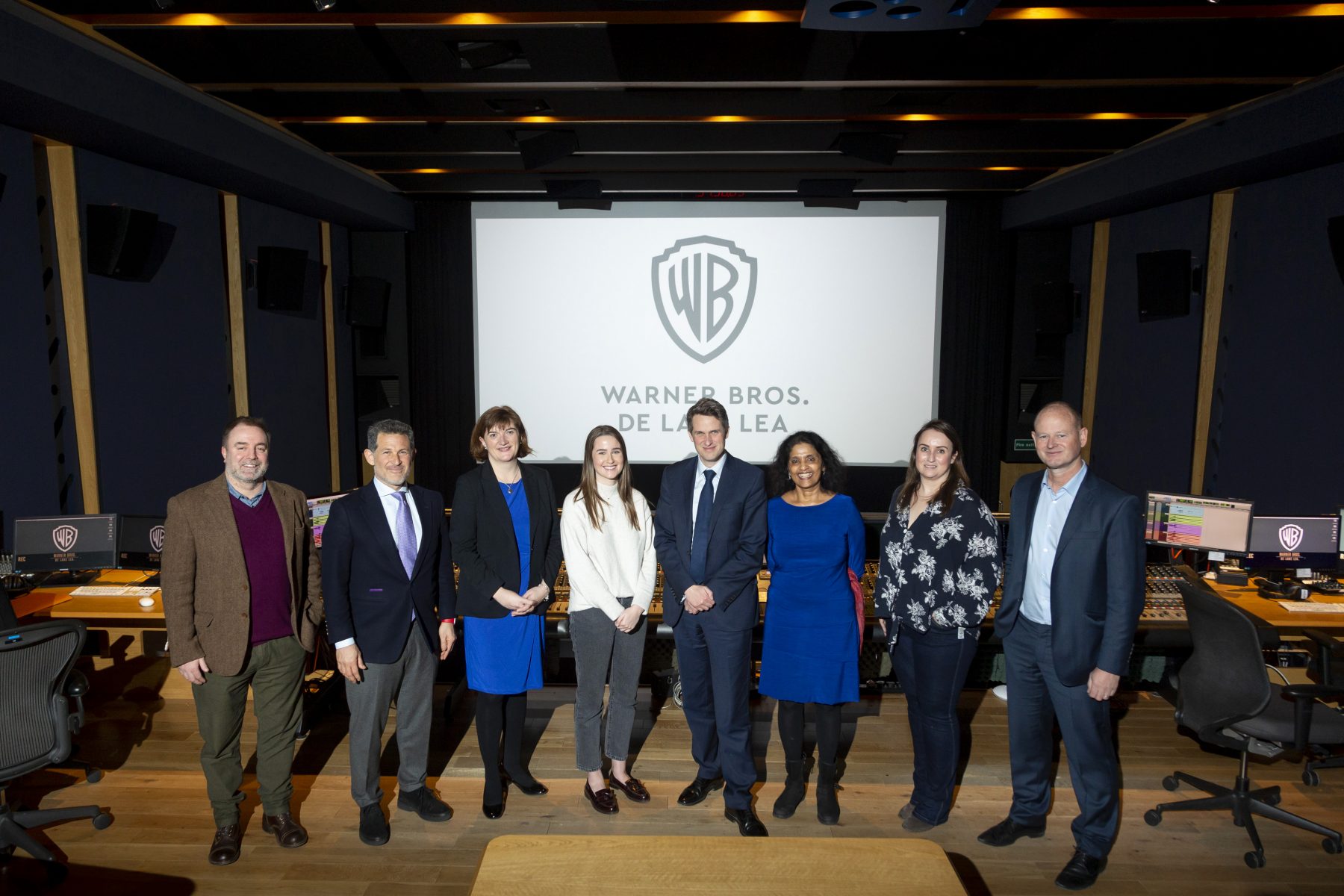 The visit was to mark the announcement of an innovative pilot programme to enable more people to join the film and TV industries through an apprenticeship. Twenty people aspiring to work in film and TV will be trained as broadcast production assistants and as production accountants in the programme which is being supported by the Department for Digital, Culture, Media and Sport.

ScreenSkills will employ the apprentices, organise their training and arrange for them to do industry placements with Netflix and across the WarnerMedia group, including Warner Bros. and HBO, after initial training to prepare them to be “set-ready” for their placements.

It is expected the apprentices will have the opportunity to work on multiple productions. Warner Bros. productions filming in the UK in 2020 include The Batman, Fantastic Beasts 3 and season two of Pennyworth.

Baroness Morgan said: “The creative industries are one of the UK’s biggest success stories and play a pivotal role in shaping how the rest of the world sees us. I hope this new pilot scheme will give young people from all backgrounds the chance to gain experience at the forefront of our vibrant screen sectors, inspiring future careers and helping to secure the sustained growth of the industry for years to come.”